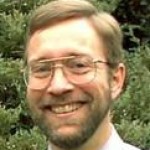 H. Lewis Ulman teaches digital media, textual editing, rhetoric, literacy studies, and environmental humanities at The Ohio State University in Columbus. Professor Ulman has published a critical edition of The Minutes of the Aberdeen Philosophical Society, 1758–1773 (Aberdeen UP, 1990), and, with Dennis Quon, an edition of manuscript essays from the same archive, “Semiotics in Eighteenth-century Aberdeen: Thomas Gordon’s Contributions to the Aberdeen Philosophical Society” (Studies on Voltaire and the Eighteenth-Century 317 (1994): 57—115). Since 2005, he has worked with undergraduate and graduate students in textual editing courses to create a series of electronic textual editions of nineteenth-century American manuscripts in the Rare Books and Manuscripts Library at Ohio State. An example of that work can be viewed online at http://people.cohums.ohio-state.edu/ulman1/SSCoxJournal/. Beginning with an NEH Digital Humanities Start-Up Grant awarded in 2008, he has collaborated with Melanie Schlosser, metadata librarian at Ohio State University Libraries, to build a model of preservation for distributed, multimodal digital humanities projects.